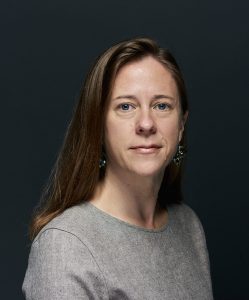 Elizabeth Perrill is a Full Professor in the School of Art, as well as the Director of Undergraduate Studies. Her consulting work has included her Consulting Curator position at the North Carolina Museum of Art and a seat on the AP Art History Development Board. Her primary research interests include the history of hand-built ceramics, South African contemporary art, museum studies, and the economic history of ceramic arts. Perrill earned her M.A (2004) and Ph.D. (2008) in Art History from Indiana University at Bloomington. 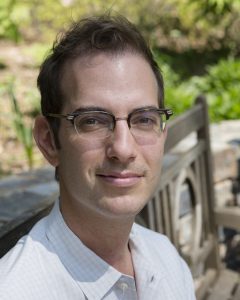 Asa Eger is an Associate Professor in the Department of History. He received his Ph.D. from the University of Chicago in 2008 in Islamic Archaeology. His primary research focuses on the formation of frontiers and borders between Muslims and Christians using archaeological and textual evidence. He has led excavations and surveys in southeastern Turkey and Israel. He joined the History Department at UNCG in 2009.

A native North Carolinian and product UNC-Chapel Hill, Jeff Jones is an
Associate Professor of Russian-Soviet and contemporary world history at the University of North Carolina at Greensboro. He has been a member of the HNAC
Steering Committee since 2019.

Jeremy Rinker is an Assistant Professor in the Department of Peace and Conflict Studies. He earned his Ph.D. in Conflict Analysis and Resolution from George Mason University in 2009. Jeremy was a Peace Corps volunteer (’95-’97) in Kyzl-orda, Kazakhstan and a 2013 Fulbright Fellow at the Malaviya Center for Peace Research at Banaras Hindu University in Banaras, India. Jeremy researches the intersections between narrative, violent conflict, and the legacy of collective trauma in the quest to develop nonviolent conflict transformation practices. 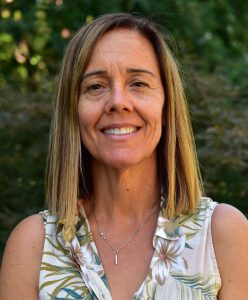 Mariche Bayonas (she/her/hers) is an Associate Professor in the Department of Languages, Literatures, and Cultures. She received her Ph.D. from Indiana University Bloomington in Spanish Linguistics (2004). Her primary research interests include the acquisition of a second language, with special focus on pronunciation (phonetics), and how languages can be taught/learned online. 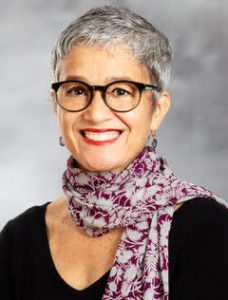 from the University of California, Los Angeles, and she was an Andrew Mellon Postdoctoral Fellow at the Center for the Americas at Wesleyan University in Connecticut. Her book, Staging Brazil: Choreographies of Capoeira (Wesleyan University Press, 2019), analyzes the role of capoeira and capoeiristas in the process of staging Brazilian national culture, focusing on issues of race, class, and authorship. Her research is published in Dance Research Journal and Revista Brasileira de Estudos da Presença, and she has contributed to several essay volumes on the Brazilian art, culture, and identity. She is Associate Editor of the Revista Brasileira de Estudos da Presença (Brazilian Journal on Presence Studies) and she is Associate Professor and Graduate Program Director in the School of Dance at UNCG. 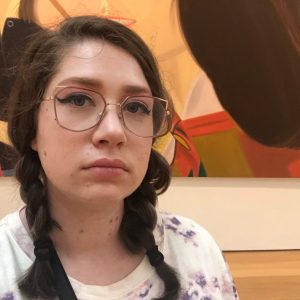 Maggie Murphy is an assistant professor and humanities librarian, serving as the liaison to the History, Religious Studies, and Philosophy departments. She received her MLIS from Rutgers University and has previously worked in visual resources curation and reference at academic libraries in New York and Georgia. In her current position, Maggie collaborates closely with students, graduate teaching assistants, and researchers in arts and humanities disciplines towards the goal of ethical and critical information access, use, and creation. She is interested in investigating how text analysis and machine learning techniques can improve descriptive cataloging for art images. 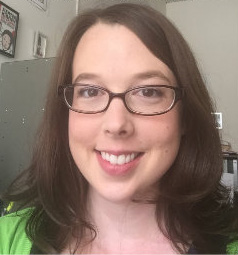 Jenny Dale has an MS in Library Science from the University of North Carolina at Chapel Hill. As the Coordinator of First-Year Programs at UNCG University Libraries, she teaches research workshops for first-year courses and works with campus partners to integrate information literacy into the first-year experience. She is the liaison to Communication Studies, English, Media Studies, and Women’s and Gender Studies. Her current research is focused on pedagogy – including critical and feminist pedagogy – for teaching librarians.

Stony Brook University. She teaches courses in phenomenology and existentialism, aesthetics, philosophy of aging, and philosophy of education. Her research examines the nature and meaning of mind and its bearing on moral categories such as personhood and sentience, particularly in reference to living with dementia. Since 2018, she has co-directed the Liberal Arts Advantage, a career preparation initiative for undergraduates.

Lisa Levenstein is an assistant professor in the History Department. She earned her Ph.D. in History from the University of Wisconsin in 2002. Lisa latest book project is titled When Feminism Went Viral: The US Women’s Movement in the 1990s and Beyond. She joined the History Department at UNCG in 2002. 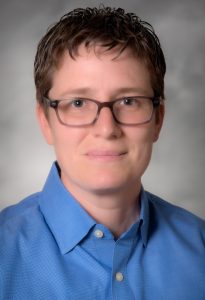 Jennifer Feather is an associate professor in the English Department. She earned her Ph.D. in English Literature from Brown in 2006. She specializes in Renaissance literature and joined the UNCG Department of English in 2008. (Dr. Feather is also a Humanities Network and Consortium Steering Committee member.)

is a second year MA student in the Women’s and Gender Studies program, where she also works as a Graduate Teaching Assistant. She completed her undergraduate work as well as an MA in Liberal Studies at North Carolina State University. Her research interests include theories of LGBTQ identity and embodiment. Currently, much of her time goes toward working on her MA thesis, a qualitative analysis of appropriation of East Asian aesthetics by white trans women. 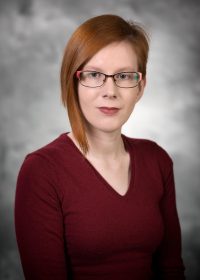 Michelle Danner-Groves ’16 (they/them) is a 3rd year PhD student with the English Department and development writer with the Office of Donor and Board Engagement. They received their master’s degree at UNCG and their bachelor’s degree at Widener University. Their primary research interests center on medicine, food, and embodiment in early modern drama. 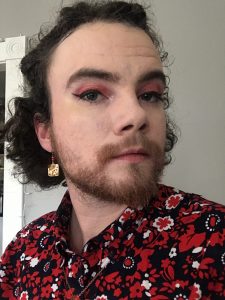 Kelton Hollister (he/him) is an MA student in Women’s, Gender, and Sexuality Studies. He earned his undergraduate degree in Sociology with a minor in Women’s and Gender Studies from UNC Greensboro after completing an Honors thesis studying transgender and gender-nonconforming students in higher education. His research interests include gender identity and expression, the role of emotions in self-creation, and intersections of gender, (dis)ability, and abjection.