On February 3rd at 7PM EST, we are excited to cohost a lecture and discussion with Dr. amina wadud entitled “Islamic Feminism: Between a Rock and a Hard Place.”

Dr. amina wadud is a world-renowned scholar and activist with a focus on Islam, justice, gender and sexuality. After achieving Full Professor she retired from U.S. academia—except as Visiting Researcher to Starr King School for the Ministry, California. After 15 years in retirement she has recently returned to academia as Visiting Professor to the National Islamic University in Jogjakarta, Indonesia. She migrated to Indonesia in 2018 to avoid the chaos of U.S. politics and ethics first hand. Author of Qur’an and Woman: Rereading the Sacred Text from a Woman’s Perspective, a classic that helped towards the development of epistemology and methodology in Islamic feminism, which is the most dynamic aspect of Islamic reform today. It is three decades old and translated over ten times, most recently into French. Her second manuscript, Inside the Gender Jihad: Women’s Reform in Islam, moved the discussion further by aligning it with a mandate for ethics and activism in collaboration with scholarship and spirituality. After completing a three-year research grant investigating 500 years of Islamic classical discourse on sexual diversity and human dignity, funded by the Arcus Foundation, she is organizing an International Center for Queer Islamic Studies and Theology (QIST) the first of its kind in the world. Mother of five and Nana to six, she is best known as ‘The Lady Imam.’ 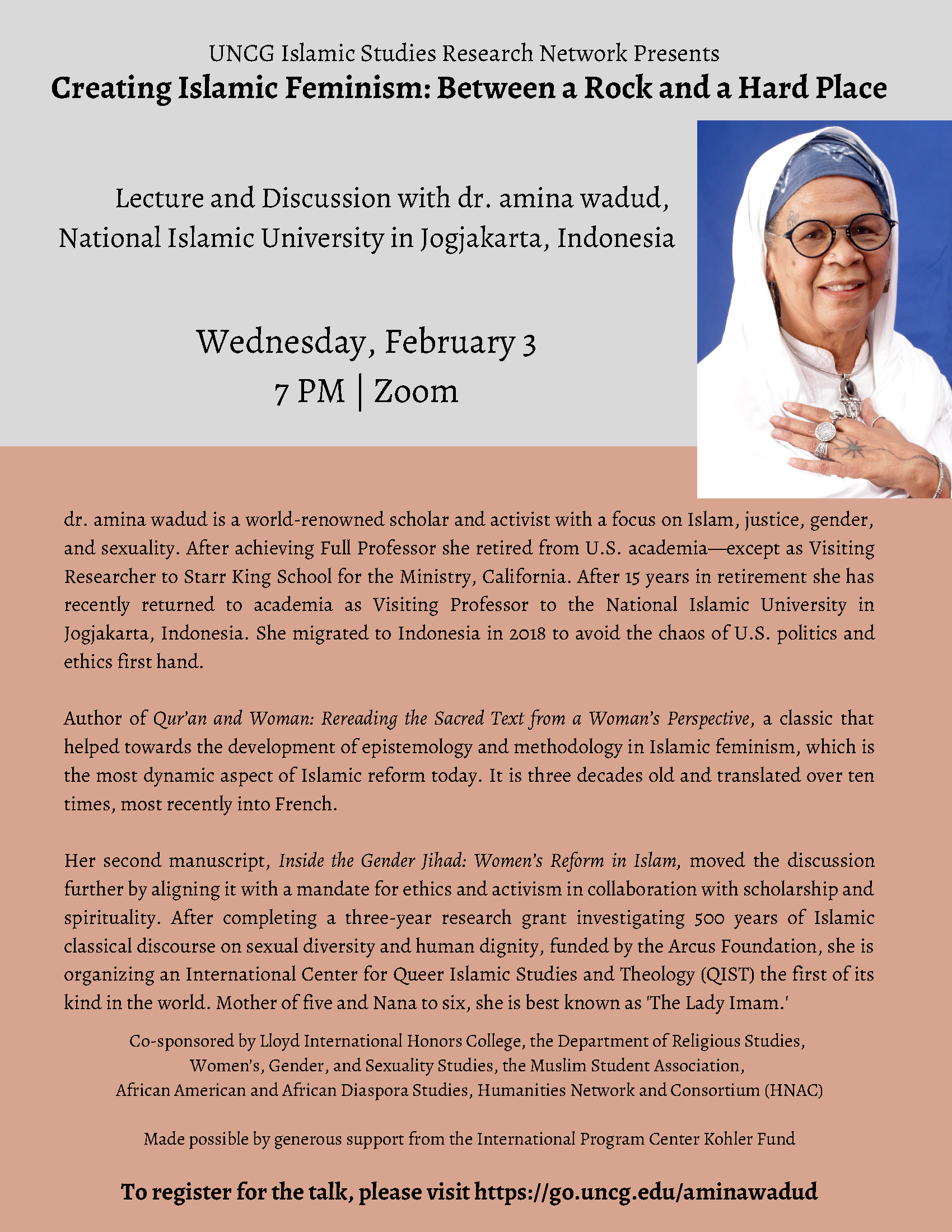